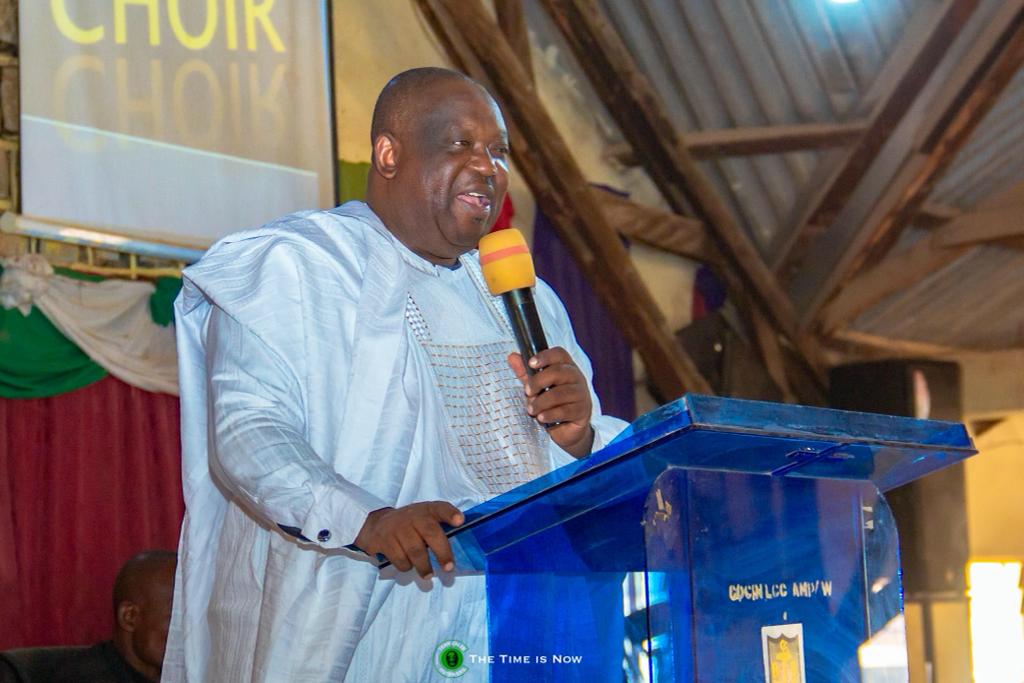 The governorship candidate of the People’s Democratic Party (PDP) Plateau State, Barrister Caleb Mutfwang has described Christmas as a season that brings hope in the midst of societal challenges. A statement made available by Barrister Caleb Mutfwang’s Media Directorate noted that the PDP gubernatorial hopeful visited nine different churches in Mangu local government area on Sunday where he delivered his Christmas Day messages.

Christmas is a season of Hope and Sharing – BCM

While sympathizing especially with families of the victims of a recent attack in Farin Kasa, Mangu LGA, which left 2 young men dead and 1 injured, the governorship hopeful stated that the birth of Jesus Christ represents hope and salvation for all mankind, adding that it is a season of love and sharing with those in lack, afflicted, deprived, or thrown in mourning.

At the end of the Church services, Barr. Mutfwang paid a visit to the residence of the Deputy Governor of Plateau State, His Excellency, Professor Sonni Gwanle Tyoden, a statesman and chieftain of the All Progressives Congress, APC, to wish him and his family a most wonderful yuletide season.

Church of Christ In Nations, COCIN, LCC Vodni, Pushit, the local Church of the Deputy Governor, in his village, was one of the Churches, Barr. Caleb Mutfwang visited.