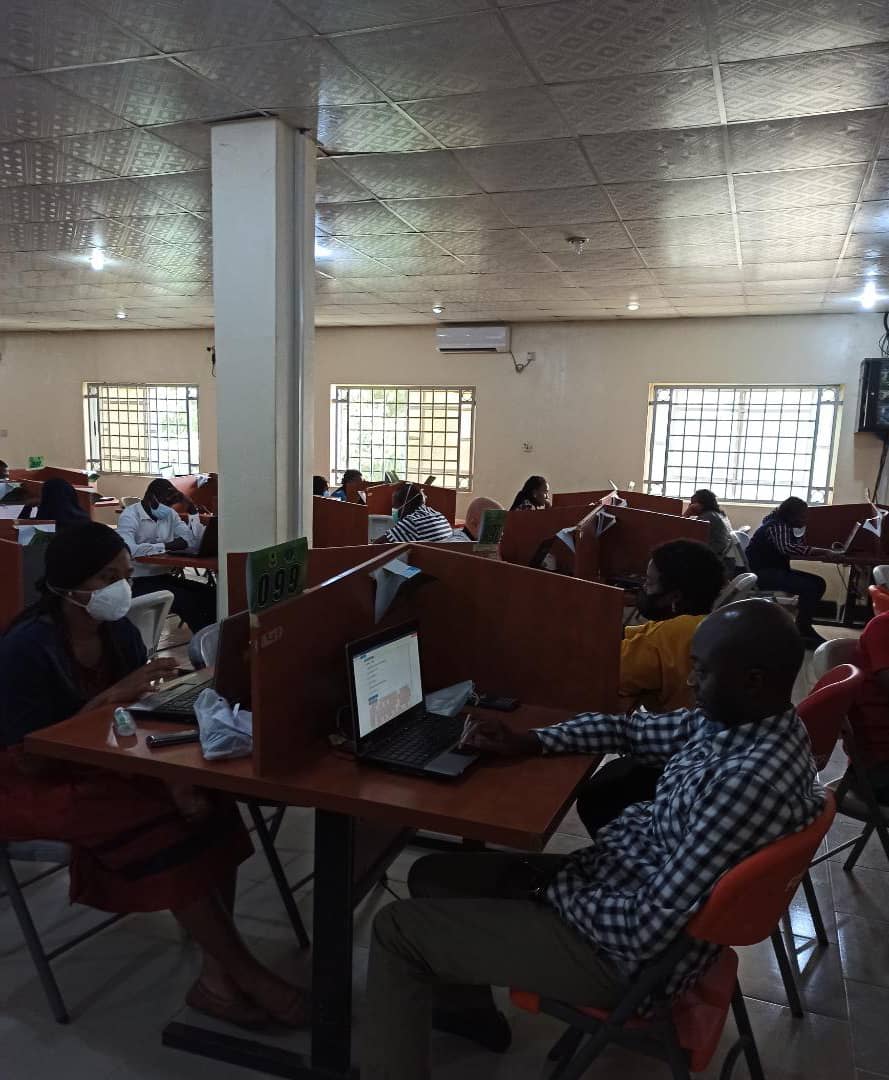 The Plateau State Chapter of the Nigerian Medical Association under the leadership of Dr. Innocent Emmanuel has organized mock examination for Resident Doctors.

The Plateau State NMA Public Relations Officer, Dr. Datiyi Chomo said the essence of the Maiden Part 1 Joint CBT Mock Examination which was first of its kind in the history of NMA was to assist Resident Doctors who are preparing for the September, 2020 Examination of National Postgraduate Medical College of Nigeria.
He said the Examination require adequate academic preparation, hence the mock examination which held successful.

Dr. Chomo while speaking to Viewpoint Nigeria said the exercise was put together by the CME Standing Committee of NMA Plateau State chaired by the Vice Chairman, Dr. Nankling Lamu who witnessed the full participation of the target group across the training Centres within and outside the State.

The NMA Chairman, Dr. Innocent Emmanuel and other SOC Members were also at the venue to accord necessary support to the Committee for the historic event.

The Participants (Resident Doctors) expressed satisfaction after the MOCK Examination and lauded the Plateau State NMA through the Committee for the laudable initiative and urged them to sustain the kind gesture which they said will benefit many Resident Doctors in training.

Dr. Nankling Lamu, Coordinator of the CBT MOCK Examination thank God & appreciated Members of the Committee for their efforts and commitment in making the event possible and a huge success.
He appreciated all Heads of Departments, Residency Training Coordinators, Chief Resident Doctors and all Doctors in all Departments who supported the Resident Doctors that participated in the MOCK Examination.

The State PRO, Dr. Chomo Datiyi congratulated the Resident Doctors who took part in the MOCK Examination and wished them success in their September/October/November Examinations of both colleges. He said the State NMA look forward to celebrating their success soon.